Three was a topic I saw a couple of days ago on /gtd, where redditors discussed which GTD app is the most good looking. It reminded me of a problem I wanted to write about for a while now: their list design’s readability. I know OmniFocus, Things, and Reminders well, so I concluded my experience about their typography below:

A lot of people would say it’s Things. It has a friendly UI, but from a readability point of view, it is one of the worst.

In my daily work, I have two problems with Things:

I stopped using Things because of these issues, and I switched back to OmniFocus, which displays full task titles, and has nicer list readability overall. Apple Reminder is also good at showing lists, which matters the most at the end, so I would go with OmniFocus and Reminders.

Let’s see these apps next to each other. From left to right are OmniFocus, Reminders, and Things. 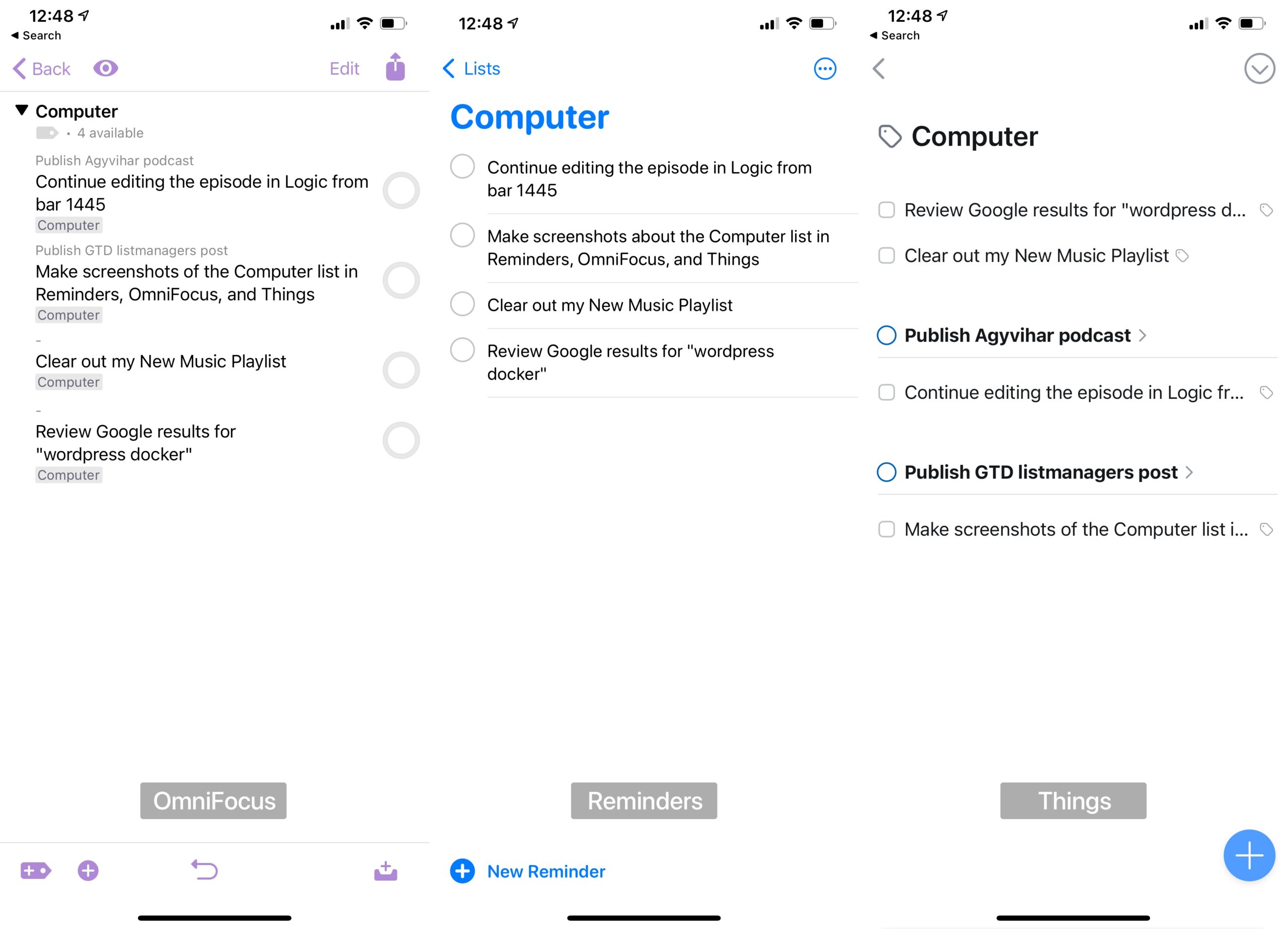 As you can see, Things overflows the text and group actions by projects which makes the readability of a typical next actions list much worse. It was the main reason I left Things after using it for two years and switched back to OmniFocus.

I also made a switch from OmniFocus to Reminders in December, but that’s a topic of another post.