Things 2 had a filter for to-dos that doesn’t have any tags attached. It was useful especially if you’re a tag completist like me, but apparently Things 3 had it removed. I’ve just read this Things 3 review yesterday and it mentions a hidden preference in Things 3, which brings back this filter:

As I created and used tags, I realized that there was no way to filter a view by items without a tag. This made me anxious that there were tasks missing tags and only visible when looking at all items in a view. So I reached out to support and learned that the “None” filter was a removed feature from a previous version of Things, and they were happy to give me the Terminal command to resurrect it! So yes, I’m a fan of Cultured Code’s customer support.

Well, he don’t mention how to bring it back, so I’ve asked Cultured Code. Here’s what you have to do:

As you expect, it brings back the “None” tag filter option. 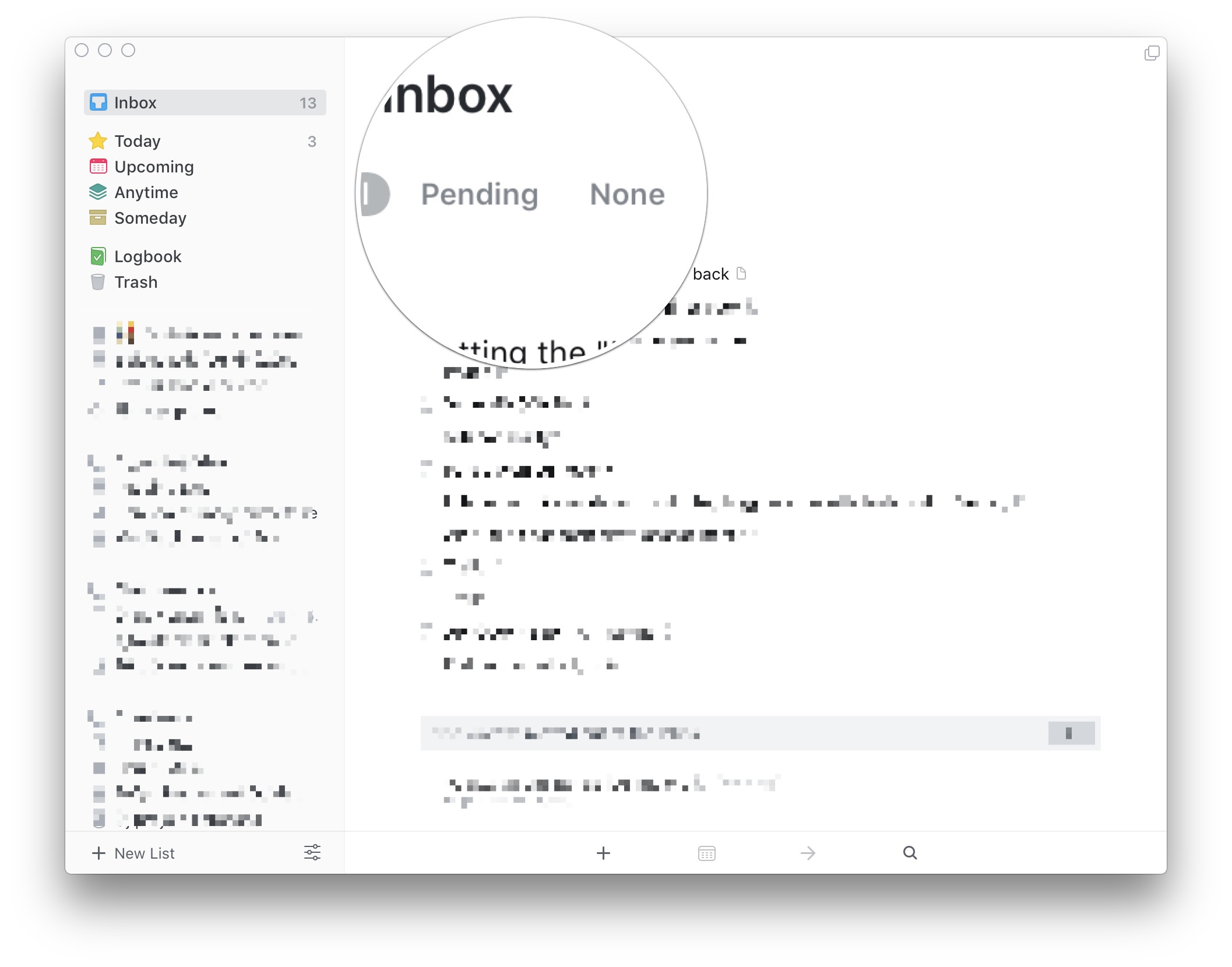 Apparently, it works only on the Mac, but it’s still a useful option to have. Maybe Cultured Code will change its mind, and brings it back to iOS too.