There is a bit analogue cult going on nowadays. Lot of people are returning to paper based note taking. I get it, having a phone is great, but it is also a trap of lot of things: instantly forgetting why you took out your phone in the first place. Pocket memo books are returning and I'm really glad they are back. Finishing up the third instalment of my notebook usage series, I'm going to talk about how I use my pocket Field Notes.

I love GTD. It is the best way for me to get everything in control and lose the fear of forgetting something. I'm not going to write about how GTD works, David Allen has already did that, but I have to mention the steps of Capture and Process, since this is what I use my pocket notebook for. There are a lot of ways to capture things digitally, but those things are usually coming from external sources. I work as a web developer, so I have to deal with clients, bug reports, and emails every day. I need to have a frictionless way to capture those, and I have that in a form of Siri or Drafts. But what about my ideas, my internal noise, how's that gets captured? 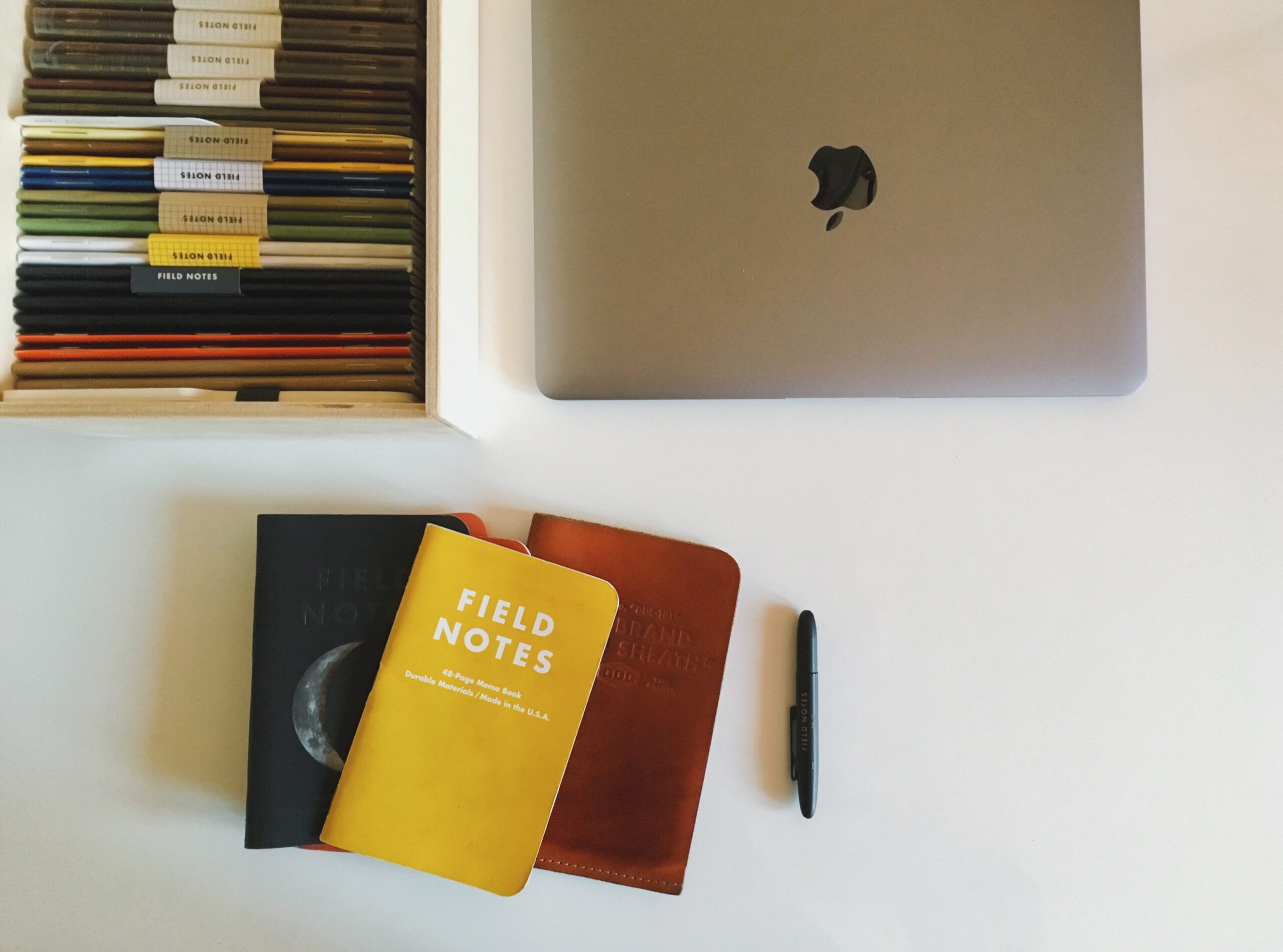 This is where my pocket Field Notes comes into the picture. My EDC usually contains my phone, my watch, and my pocket notebook. I can capture things on my phone, which I do sometimes, but there is so much noise. I don't want to deal with that when I'm writing down a great idea. Those are the moments when I'm really glad that I've got into the habit of keeping a Field Notes memo book with me all the time. They are bringing back those times when a tool just did one thing. I'm fine without my phone for a while, but capture is critical. When something comes into my mind that I have to write down, I instantly grab my notebook.

I also have a big Steno at my desk, but I'm not carrying that around. My pocket notebook is basically with me for those moments when I not working at my desk. Sometimes I even just throw it out on the table while we are having a meal with my girlfriend. We usually eat together once a day, that's when we discuss about stuff to do. My Field Notes just sits on the table waiting for capturing stuff. I wouldn't do that with my iPhone.

At the end of the day I just open my Field Notes and go through each item I've written down. I usually just make lists starting with a dash, which later turns into a plus when it gets processed. I've stole this idea from Patrick Rhone's Dash/Plus which is a complete system for marking up lists. It's pretty great if you keep your task lists on paper. Everything in my Field Notes gets moved into my digital task manager. I define projects and next actions needed for the current item. If it's non actionable but I want to keep it, then I transfer it into Notes which contains my project support and reference material. When I'm done, I just convert the dash into a plus in my notebook. When I processed everything, I make a double line at the end which marks the current processing point. It means next time I will just deal with things coming after this line. 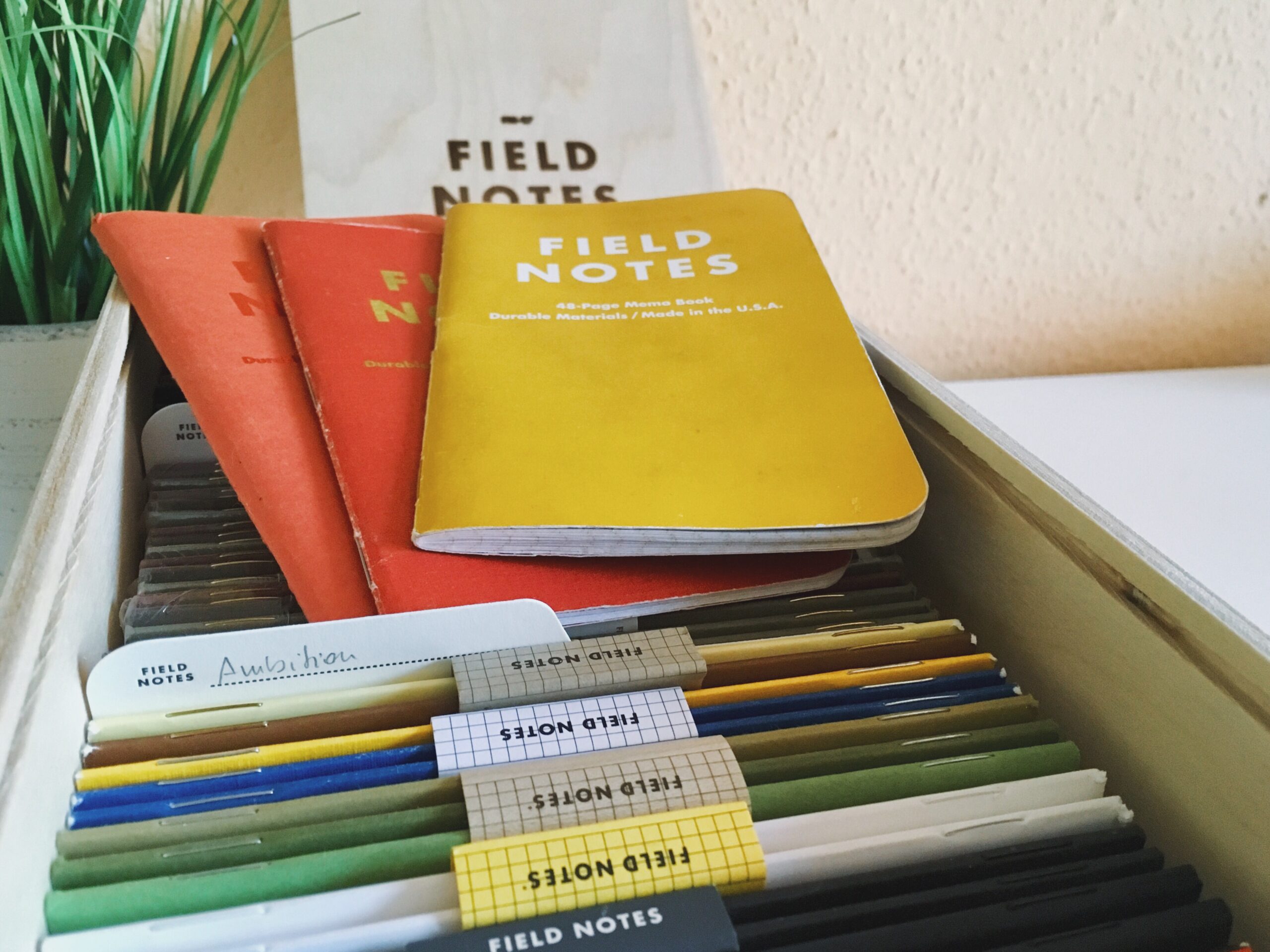 I usually use a Field Notes memo book for 3-4 weeks, depending on how much I travel. When I'm away, I fill them so much quicker, so I have a lot to spare. I also keep an empty one with me while I travel – you never know when your are going to run out of a Field Notes in the middle of writing down something great. It's also important to carry this memo book around with me all the time. There are a couple of items always in hand reach for me, and my pocket Field Notes is one of them. I even bring it with me when I go for a walk. I leave my phone at home, but my Field Notes and my Fisher Space is with me all the time to capture ideas.

These small memo books have really changed the way I write things down, and also how much mindful I am using my phone. Since I don't use it for capture anymore, I have a less chance to go down into the rabbit hole of distractions. I've started treating my devices as tools, not as something that controls me. Going back to paper was really successful for me. It is easy to use, peaceful and a natural way to express our ideas into external stuff, which can be transformed into the real thing.